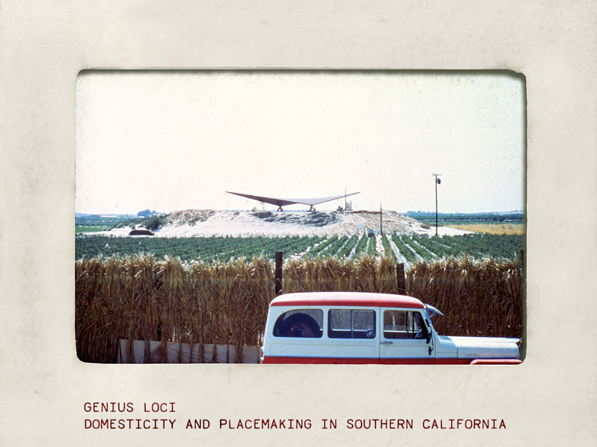 This exhibition features a selection of ten single-family home projects from the AD&A Museum’s Architecture and Design Collection (ADC) that convey the effervescent creativity permeating Southern California’s architectural production during the 20th century. Unifying the selected houses is the strong sense of place that their designs forge by responding ingeniously to the conditions of their respective sites, whether vacant or already built. Thus, Genius Loci includes new builds and remodels located in desert areas, hillsides, beachfront properties, flat lands and even underground. Further linking the selected dwellings is the innovative, often experimental spirit that underpins their conception. Together with the greater creative license that the domestic realm has traditionally afforded architects, the fact that these houses were, in many cases, designed for their own creators, explains their adventurous ethos.

Genius Loci is in two sections: one in which the domestic designs owe their idiosyncratic strength to the interpretation of past styles, and another one in which they respond to modern sensibilities and futuristic leanings. Without exception, the projects presented reveal their authors’ undeterred drive to push their careers forward. Among these authors are Albert Frey, Bernard Judge, Edla Muir, Lutah Maria Riggs and Rudolph Schindler. Even if non-exhaustive, the list of dwellings that integrate the exhibition illustrates the richness of approaches to shaping a carefree yet compelling lifestyle that characterizes modern domestic architecture in SoCal. Additionally, the selections provide a glimpse of the ADC’s documentary wealth, an essential source to delve into and expand the history of the region’s built environment.

Genius Loci is organized by the Art, Design & Architecture Museum, and is curated by Silvia Perea, Curator of the Architecture and Design Collection, with Leticia Cobra Lima, Murray Roman Curatorial Fellow. This exhibition is made possible thanks to generous support from the Museum Council.