Free and open to the public

RSVP on our Eventbrite by clicking "register": bit.ly/JRDavidsonTour

Join architectural historian, curator, and SAH/SCC Member Lilian Pfaff at UC Santa Barbaras Art, Design, and Architecture Museum (AD&A Museum) for a behind-the-scenes tour of “J.R. Davidson: A European Contribution to California Modernism.” Davidson was one of the most important émigré architects to have practiced in Southern California. The architect of the Thomas Mann House (1941) and three prototypes for the Case Study House Program (1946-48), he was featured in Esther McCoy’s book The Second Generation (Gibbs, Smith, 1984).
Davidson remains an understudied figure in the history of modern architecture. This exhibition, organized with materials from the architect’s archive at the Architecture and Design Collection of the AD&A Museum, fills this gap by highlighting those aspects of Davidson’s trajectory that were unique to his way of understanding architecture and its practice. These include how Davidson conceived architecture from the inside out, and the integration of the outside in through large-scale windows. Photos, notebooks, manuscripts, and drawings document the prolific career of this German émigré, bringing it to a new standing and recognition. 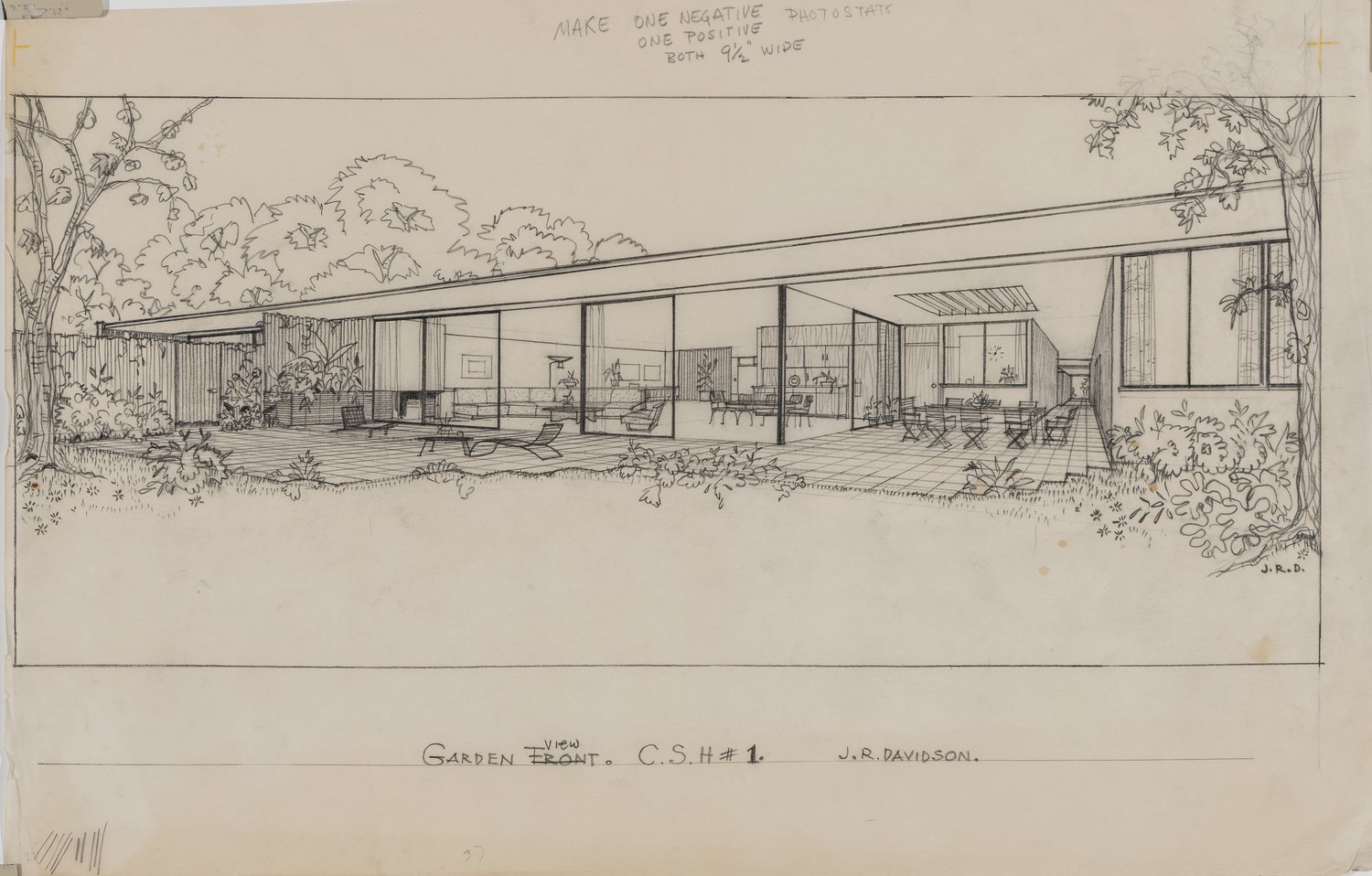 J.R. Davidson, architect (b. United States, 1889-1977)
Case Study House #1, Toluca Lake.
Perspective from garden side, 1948
Graphite on tracing paper
J.R. Davidson records, Architecture and Design Collection, AD&A Museum
Pfaff holds a Ph.D. on Vito Acconci’s architectural projects from the University of Zurich, a Master’s of Advanced Studies in Architectural Theory from ETH Zurich, and both MA and BA degrees in Art History from University of Hamburg. She has been an adjunct faculty member teaching history and theory of art and architecture in Los Angeles at Otis School of Art and Design, Woodbury University, SCI-Arc, and USC Roski School of Fine Arts. Pfaff has written and edited numerous books, including Clocks and Clouds: The Architecture of Escher GuneWardena (Birkhäuser, 2017), Ernst Neufert Peter Neufert (Hatje Cantz, 2014), and Prada Aoyama Tokyo: Herzog & de Meuron (Fondazione Prada, 2004). She is also the author of the catalog for this AD&A Museum exhibition.